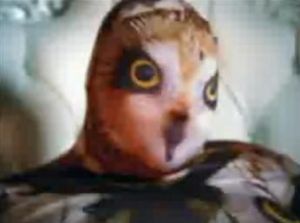 This video was filmed in Los Angeles, and was directed by Floria Sigismondi, who the band chose because they like her style.

Matt: "Floria Sigismondi, I think, is a great director. I really like her. She did 'Blue Orchid', by The White Stripes, which is nice."

Dom: "She's worked with Marilyn Manson. She's got a really cool distinctive, artistic style about her work. She's a really amazing photographer as well. We thought it would be a good idea to work with her really, because she comes up with very bizarre, surreal dreams and tries to kind of make videos out of them."

Matt: "The idea for the video is good, it's kind of very simple really. It's just us three with sort of masks on with mirrors and weird sort of material on our faces pulled. What does it all mean? I wish I knew. But it's... it looks good."

The band all wear black in the video with material covering their faces that have an image of their face on it. People in colourful body lycra suits, that cover them entirely even their face, dance around. The one girl in a bodysuit holds up a book with a hole in it which we go through to find the band assembled, maskless, and in different clothes. Later the dancers take off their suits to reveal black suits underneath. The dancers then all join together, then some take off their face covering to reveal detailed face painting.

There is also an alternate Supermassive Black Hole video which Thomas Kirk directed. It is a simple live performance by the band. In this video, Matt has his Kaoss Manson and Dom wears pink trousers.

Back to Supermassive Black Hole