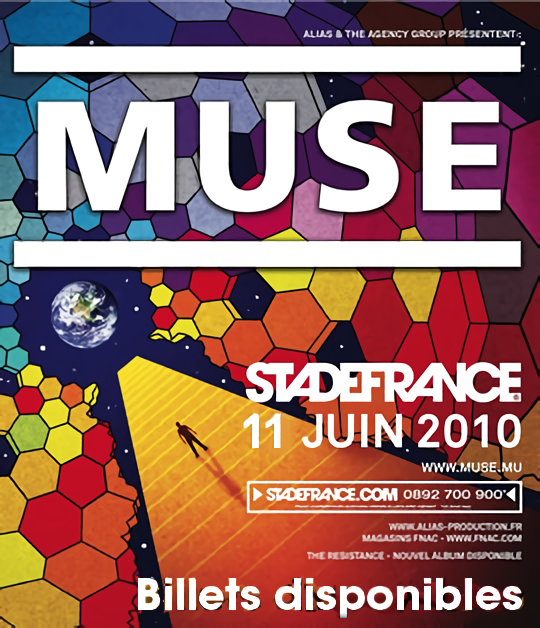 This was the first of two consecutive nights during which Muse performed within Stade de France. This concert was announced on the 30th of November due to high demand for the next day's concert. Ticket sale started on the 3rd of December at 10:00.[1]

Bernie the UFO was used during Exogenesis: Symphony Part I (Overture). The most voted songs on the official setlist polls were I Belong to You (+Mon Cœur S'ouvre à Ta Voix), Citizen Erased, Bliss, Showbiz and Screenager, the first of which was chosen by the band and played.

Before I Belong To You, Bellamy mixed Italian and French, he said: "Eh, we'll need your help to sing the next one for me because, perché, perché no parle... no fucking... parle francais non... eh, I can't speak French so you'll have to sing for me. Excuse my pronunciation" After the song he said "Eh! I didn't fuck it up! A little bit"