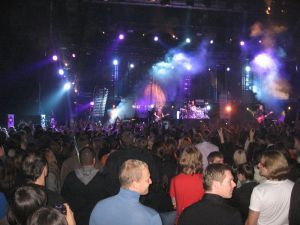 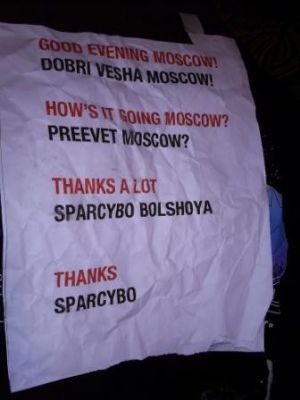 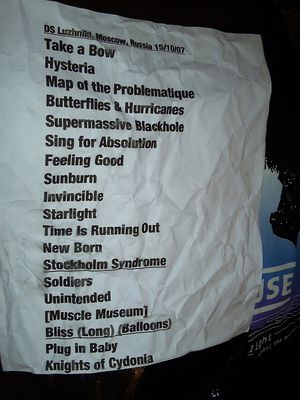 The balloons were released during "Bliss".[3] "Muscle Museum", and "Bliss" were played after a long time. "Bliss" was played two months ago in Boston, at Agganis Arena on the 11th of August 2007. "Muscle Museum" was played for the second time in 2007 (the first was at Osaka Zepp on the 14th of March 2007). It was also the last time Muscle Museum was ever performed live until the 20th of March 2015.

The performance of "Muscle Museum" was a tad shonky, apparently due to being requested by Tom Kirk prior to Muse going on stage, leaving them no time to rehearse the song beforehand.[source?]