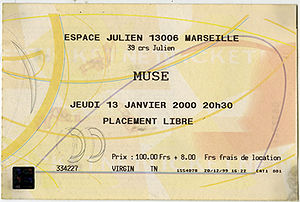 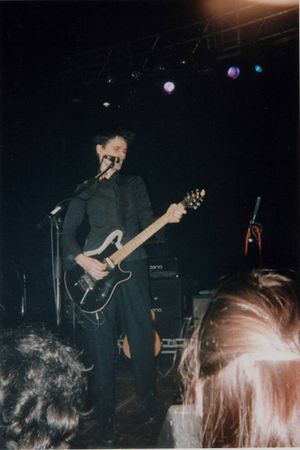 Matt during the concert 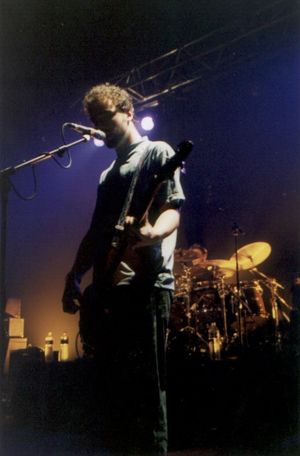 Chris during the concert 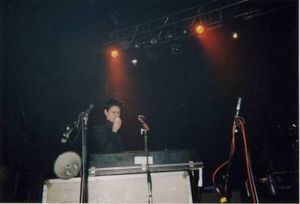 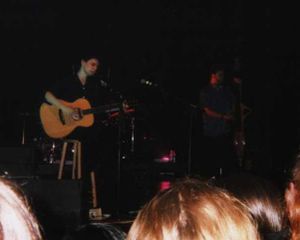 The band during an acoustic song

A relatively unknown gig until full footage surfaces sometime in the early 2010's. The band did a signing appearance at the Marseille Virgin Megastore just before the show.[4] Recess was originally positioned after Agitated on the setlist but was performed before instead. The band also made comments during the show about skipping Cave earlier on. Perhaps based on these two facts, a new setlist was attempted but the band weren't quite adjusted to it yet.

Though no audio recording of this gig has ever surfaced, the full footage was dumped online sometime in the 2000's, and can be found on MuseBootlegs here as well as below.

This video contains the first ever video of Screenager, as well as the last video recordings of Recess and Escape.