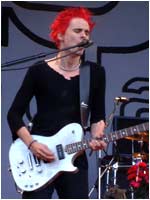 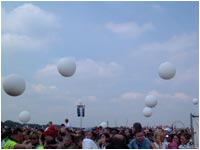 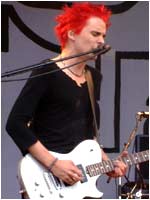 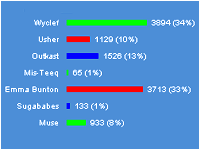 The entire event spanned 14:00 to 16:00.[1] Unlike the previous year's performance, this one was live.[3] Balloons were released at some point during the performance.[2] After the event, those who listened were given a fortnight to vote which act they thought had been best.[2] Muse came fifth out of the seven acts that performed that day, with eight percent of the votes.[4]

Audio recordings of both tracks, presumably from a BBC Radio 1 broadcast, can be obtained here[registration needed].

BBC on the performance

Muse took to the stage and got a huge welcome from the Manchester crowd - even all those there for Wyclef and Usher. A big cheer went up when the band launched into favourite 'Plug In Baby' - and current track 'Newborn' [sic] went down well too! Maybe it's because the inflatable blow up balls were released half way through!