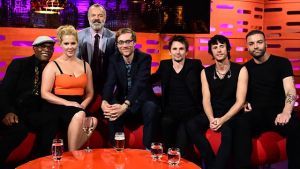 A TV promo show in support of Drones.

Pyro (specifically fire machines) were used during the performance.

The show was recorded on the 4th of June and aired on the 5th of June on BBC One. The performance and the interview can both be watched here.