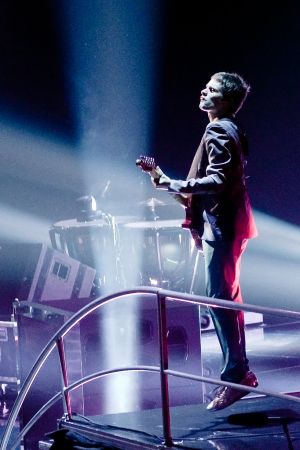 On playing songs from The Resistance live, Dominic Howard stated that learning to do so "should take a while!"[7] and rehearsals started on the 19th of July.[8] On the 22nd, musewire readers were told to "expect an 8" stone 'enge" for The Resistance tour's stage design.[9]

MK ULTRA was played live for the second time ever.

During the solo in Knights of Cydonia, Matt skipped around the stage.

At the end of the gig, Matt and Dom both said something along the lines of "Thank you London! We'll see you next year/next summer!" in reference to the Wembley gig that was announced the same day.