MuseWiki, wiki for the band Muse
(Redirected from Hullabaloo (compilation))
Jump to navigation Jump to search 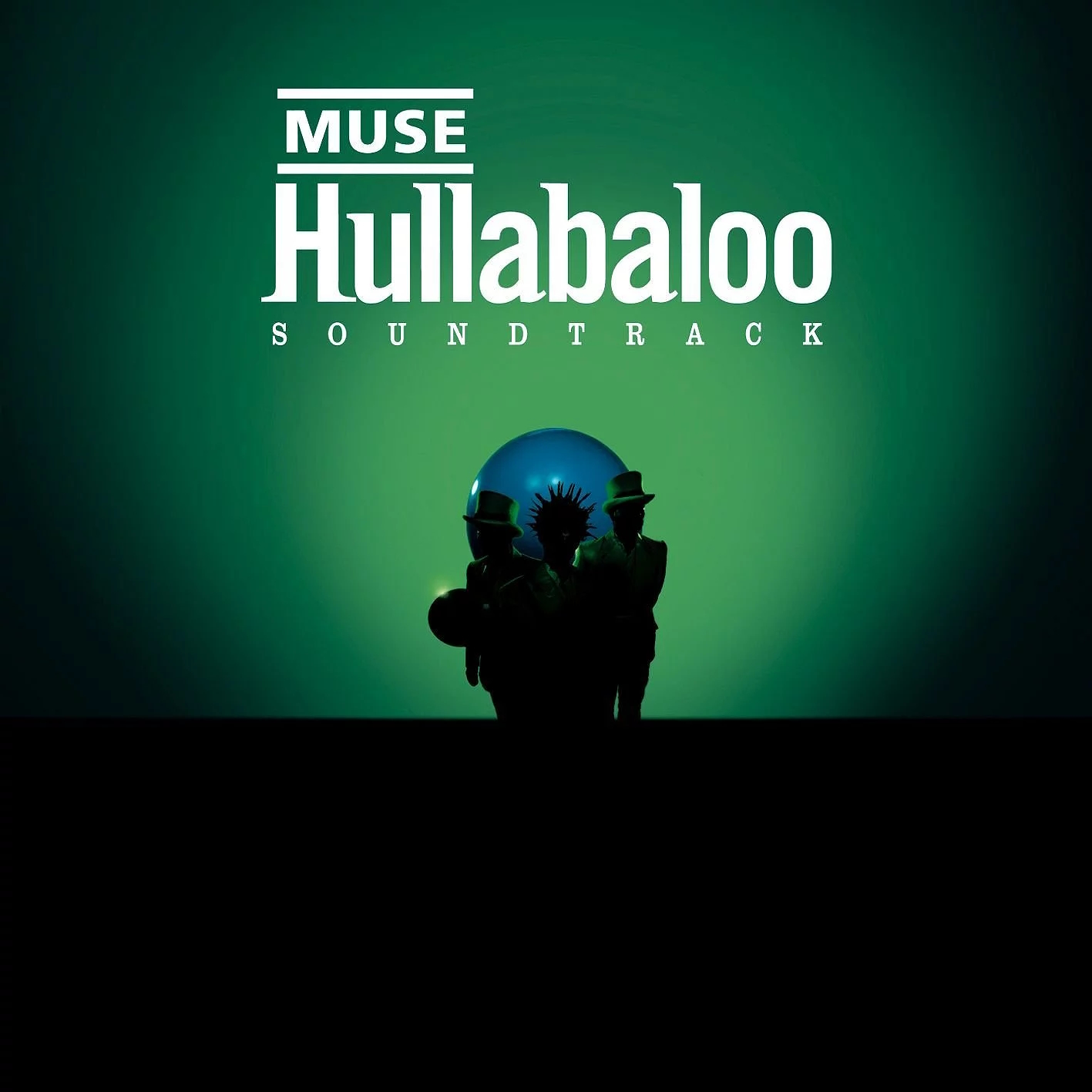 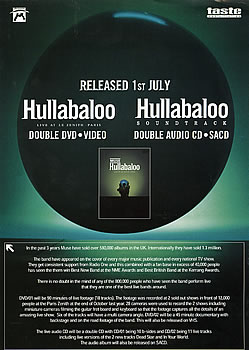 The Hullabaloo Soundtrack was released in accompaniment on the Hullabaloo DVD. Disc 1 includes a selection of B-sides used in the documentary on Disc 2 of the DVD, and disc 2 includes live tracks recorded at the Paris Zénith gigs in 2001.

On physical copies, if the second (live) disc is rewound from the first song (some CD players will only allow fast forwarding from the last song), the Tom Waits intro "What's He Building?" can be heard.

Before Screenagers, salesmen can be heard in french trying to sell souvenirs.

Matt on a interview: "Hullabaloo, the front cover [...] we were trying to do a mock of 'The Prisoner', is like a kinda of some geezer, I think he's a secret agent, he's retired [...] he suddenly wakes up one day, in a strange uncivilized town, he's stuck in [...] he can't escape and everytime he tries to escape a large white balloon is chasing him down the beach. So I think for the album cover we wanted to do like a picture of us, kinda just like about that geezer from 'The Prisioner'.[1]

The Japanese CD uses copy prevention methods. Hullabaloo is the only Muse album released on SACD (with only disc 2 in SACD format).

When the Muse back catalogue was released for download in 2009, the name of the album was simplified from Hullabaloo Soundtrack to just Hullabaloo, the same as the DVD. 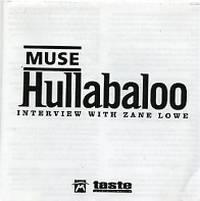 This CD was released to promote Hullabaloo, featuring an interview with Zane Lowe. The sleeve folds out to give a full transcript of the interview.