Electric Lady Studios are based in New York,USA.
Founded by Jimi Hendrix and his former manager Michael Jeffery the building was intended to originally be used as a Club. Due to various issues they both decided to turn the building in to a recording studio and was named accordingly.

In 1968, Jimi Hendrix and his manager Michael Jeffery bought a newly defunct nightclub called The Generation located at 52 W 8th Street in New York’s Greenwich Village — a venue that Hendrix had frequented for impromptu performances and late-night jam sessions. The Generation had been known for live acts as diverse and legendary as Big Brother & the Holding Company, B.B. King, Chuck Berry, Dave Van Ronk, and Sly & the Family Stone.Instead of renaming the club and continuing with the live venue business model (Jimi’s original vision for the project), advisors Eddie Kramer and Jim Marron convinced Hendrix to convert the space into a professional recording studio. Architect, John Storyk, designed each structural detail, and from there the origins of New York’s famed Electric Lady Studios were born. It would be the only artist-owned recording studio in existence at the time.

Today, Electric Lady Studios is made famous by Jimi Hendrix and classic 70s sessions with The Rolling Stones, Led Zeppelin, Stevie Wonder, David Bowie, and Patti Smith, among others, and maintains its reputation as the most hallowed grounds for recorded music. It is the oldest working and thriving recording studio in New York City. 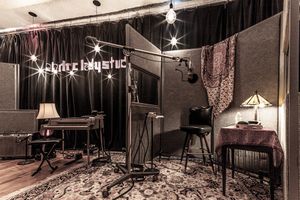 It has capacity for large orchestras and live-band set-ups, it's also home of a fully restored Neve 8078 –a hand- wired analogue console. The studio’s live room boasts an impressive collection of vintage microphones, instruments, and amps, as well as an almost palpable history. It's the largest and most versatile space. 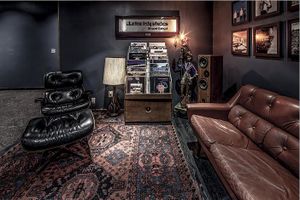 In this Place Michael Brauer, a resident client at Electric Lady Studios since 2009, works exclusively in Studio “B” and mixing projects. 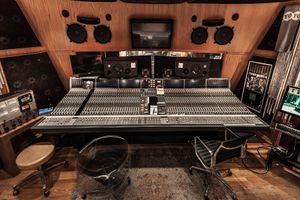 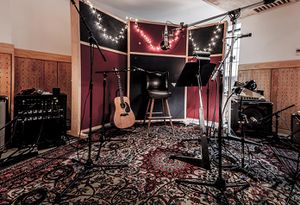 Intimacy and versatility thrive here – an ideal space for smaller, full-band tracking sessions, editing, and overdubbing. The room features a custom built, vintage 3288 with original 550A EQ’s, refurbished to like-new condition with Flying Faders II and an array of outboard gear and monitor selections. Conceptualized and constructed in 2011, the newly built API Suite has hosted sessions with artists as acclaimed as U2, Coldplay, and Beck, as well as a growing roster of up-and-coming musicians.

With a control Room 20x12, in this place "John O’Mahony" a long time client of Electric Lady Studios, serves as the mix engineer and producer, he has accomplished a broad range of projects throughout his career.