Dom sported some incredibly cool yet daring lime green skinnies at the recent Wembley spectacle which went down well with the fans, especially as the band rose from the centre of the crowd then walked through the middle to the stage.

In an interview with Matt, he's also shown wearing a pair of bright yellow skinnies! After Matt asks him why he always wears them, Dom jokes that they're "too tight to take off", while laughing. After a short pause Matt comments, "They're a bit gay aren't they?" Sounding slightly embarrassed, Dom replies, "Easy!" 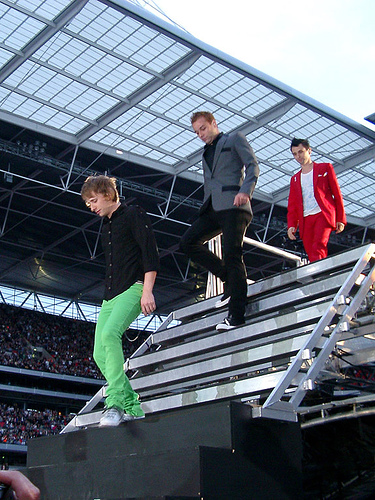