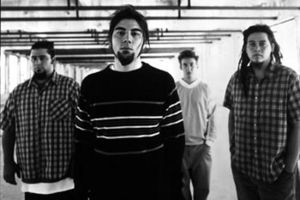 "...our favourite bands are from USA: Nirvana, Smashing Pumpkins, we are huge Deftones fans..." [3]

"Don't you feel sick to the stomach knowing that you're "labelmates" with Alanis Morissette?" Matthew grins "Not really, they've got Deftones and i really love Deftones. The great thing about Maverick is that they've only got about 15 acts and they've taking us as a priority. They've not the sort of label who'd drop a band if their first album doesn't sell too well. but we're not corporate at all. We're still independent in this country." http://i49.tinypic.com/2qs3y80.jpg