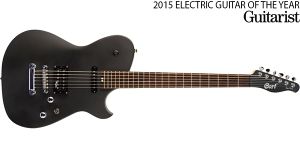 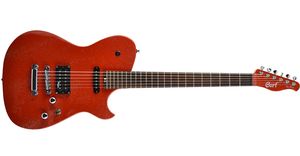 This guitar was a signature production model made in partnership between Matt Bellamy, Manson's Guitars and Cort Guitars to allow Manson guitars to be more ready available to a wider array of fans. It is based on Matt's original Matt Black, later releasing a left handed model and subsequently the MBC1-RS (Red Sparkle) - based on the Red Glitter in February 2016.

The guitar is first of a few other Manson models made in collaboration with Cort.

The Cort MBC-1 was discontinued in late 2018 and replaced with the Manson MBM-1 Meta Series guitar, which came out in 2020.