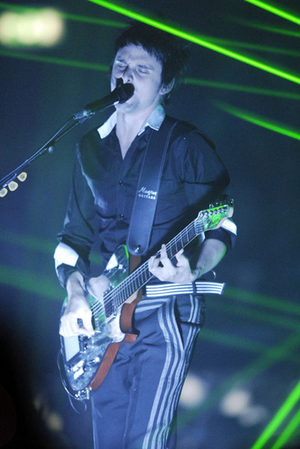 Muse performed Starlight at the 2006 MTV Europe Music Awards, complete with a laser show, which according to NME "included the biggest ever laser beam to be featured on a TV programme".[1]

The video is also featured on the tour edition of Black Holes and Revelations.

Instead of saying "Our hopes and expectations" every time, Bellamy said "Our trials and tribulations" every other time.