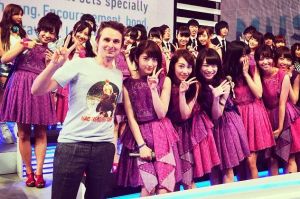 Matt with two other musical guests at the rehearsals 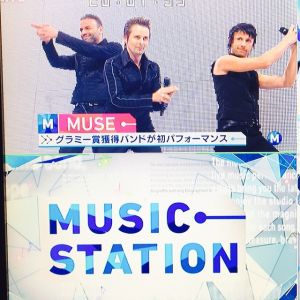 A TV show promo in support of Drones.

Muse were featured in a Japanese TV Show called Music Station. The show was broadcasted on a Japanese station called TV Asahi. Other musical guests on the show were Little Glee Monsters and Kyuso Neko Kami. Muse posted pictures with both groups on their Instagram. [1] [2]

During show rehearsals, Bellamy wore a shirt with Dom as Vladimir Putin riding a bear.