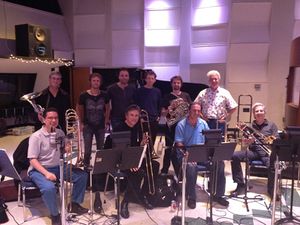 Bill Putnam had founded the prestigious Universal Recording studio in Chicago. A pioneer of modern recording technique, Putnam became well known for his UREI recording equipment and custom-made Universal Audio mixing consoles, which were bought by major recording studios. After relocating to Hollywood in 1957, and with the backing of Bing Crosby and Frank Sinatra, Putnam first established the United Recording Corp. studio complex at 6050 Sunset Boulevard in Hollywood. In 1961, he purchased the neighboring Western Studio at 6000 Sunset, remodeling and incorporating the building into the complex. The buildings were then renamed United Western Recorders, and catered to some of the biggest artist of the era including Frank Sinatra, The Beach Boys and Elvis Presley. 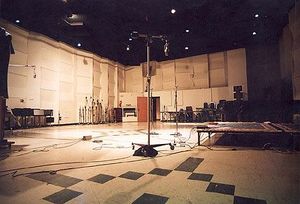 Studio 1 features an 80 channel Neve 8078 Console, the largest in the world, which was originally commissioned for Michael Jackson's best-selling album, Thriller. The control room is equipped with Meitners (available upon request) and ATC300A house monitors with NS10/ProAc speakers and are set up with Pro tools HD. Studer 827 & Ampex ATR102 (1/4 inch & 1/2 inch) Analog recorders are available on request.

Frank Sinatra recorded such hits here as “My Way”, “That’s Life”, & “New York, New York”, while Elvis Presley revived his career with his 1968 Comeback Special and Barbara Streisand recorded her smash “The Way We Were”. Since then, a who’s who list of music royalty have left their mark here, along with famous themes from film and television – including Mission Impossible, M.A.S.H. and The Godfather. 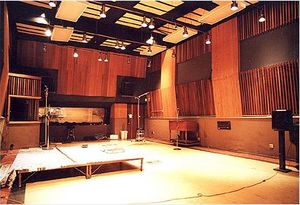 Studio 2 offers a Neve RCA Custom 8028 Console (40 channel), one of only 2 built with Class A discrete electronics. The control room is equipped with Meitners (available upon request) and ATC300A house monitors with NS10/ProAc speakers and are set up with Pro tools HD. Studer 827 & Ampex ATR102 (1/4 inch & 1/2 inch) Analog recorders are available on request.

Originally the site where the themes from many classic television shows were recorded (The Monkees, The Partridge Family, The Beverly Hillbillies, Hawaii Five-0), the studio later evolved to serve the needs of The Red Hot Chili Peppers, Green Day, Weezer, Metallica and countless other rock acts.