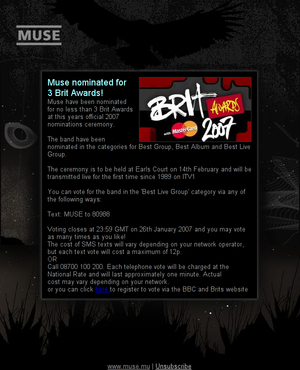 The nominees were chosen by a panel of experts.[1] The winner was chosen by listeners of BBC Radio 2.[1]

Muse won the award, with Chris and Dom accepting it. Matt was on holiday with his girlfriend.

Go back to awards