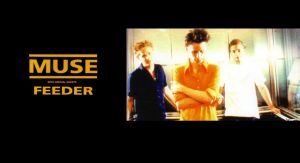 They were 10-15 minutes late coming on and finished earlier than they were scheduled to finish, making them perform a shorter setlist than normal, and of which a few are known to have been played.[1][2][3]

One of the few things known are that they started with Cave and that Micro Cuts was played here, one of only two known performances of the song in 2000. Sunburn, Uno and Agitated were probably performed too, but can not be confirmed yet. [4][5][6]