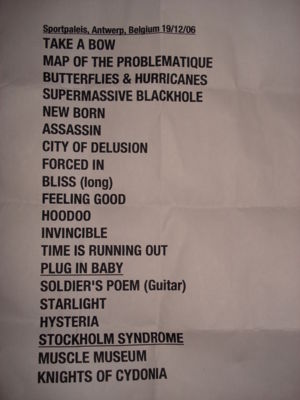 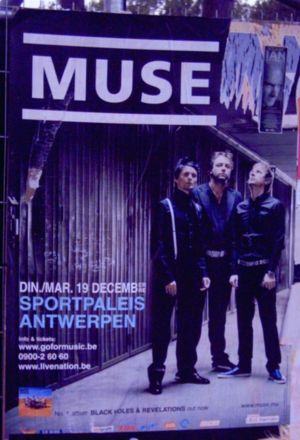 Warner Music Benelux set up a competition for two VIP tickets to this performance.[source?]

The balloons were released during Bliss. The trumpeter was present for City of Delusion and Knights of Cydonia. Dominic Howard wore the whole Spiderman suit (the mask for Take a Bow.[1] Matthew Bellamy changed the lyrics in Assassin, and the lyrics variation in Starlight was also made.[source?]