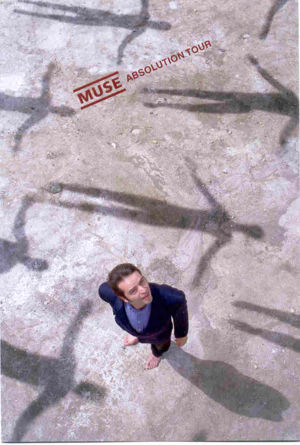 This DVD features most of Muse at the Glastonbury 2004 Festival, along with some other performances. To watch to the hidden footage, one must highlight and select the "x" in "Extras" on the extras menu.

This was also the DVD that came in the American special edition of Black Holes and Revelations.

The music in the main menu is the riff played before Butterflies & Hurricanes, which has now been dubbed the Glastonbury riff.

The DVD can be streamed online from the official Muse website. These videos were decoded from an Australian promotional DVD-R.

The audio is in 48kHz 16-bit stereo LPCM, as opposed to Dolby AC-3. The actual track order has Fury and The Groove in the States before the Glastonbury footage.[2]